‘It’s Monday! What Are You Reading?’ is a place to meet up and share what you have been, are and about to be reading over the week.  It’s a great post to organise yourself. This meme started with J Kaye’s Blog and then was taken up by Sheila from Book Journey. Sheila then passed it on to Kathryn at the Book Date.

Hello Book Lovers! I hope you all had a great week and wonderful weekend.

Last week in reading was okay. I skipped Saturday post as I wanted to finish ‘Happiness Is Chosen Wisely: 3300 Axioms of Self-Evident Truths’ by Sunday but that took longer than expected and finished it today morning. I will be ready with review by tomorrow. I also read and reviewed- Husbands and Other Sharp Objects by Marilyn Simon Rothstein

Elena Ransom and the Catalan Atlas by J.S. Wood

Elena Ransom is on the adventure of a lifetime with her friends.
After illegally crossing from Grimsby School of the Republic into the outside world, the members of the Firebird Unit face many dangerous challenges. But the true test of their friendship comes when they’re all caught coming back into the dome cities where they live.

After being sent back to school, Elena struggles with a new schedule and course workload. Plus, she’s forced to participate in group work with students she’s never had to deal with before.

In addition to her regular life, Elena continues to seek answers about the artifacts that she, Austin, Fergie, and their other friends are looking for. Will they get to all the artifacts in time?

It’s second in series. First book I read last year almost when I was new with blog. I just started reading this book, only read prologue and I’m having good feeling for this book. I hope that feeling stay till the end of the book.

What Matters Most by Helen Bea Kirk

Meagan Morris has lost everything. Her family is dead, and all that remains of them, all that was endowed to her, has been stolen. Desperate to retrieve her legacy, Meagan disguises herself and attempts to rob King of her grandmother’s pearls at gunpoint. When Officer Dell arrives at the scene, King doesn’t turn Meagan in, but rather drops her jewels in a bag and gives it to her.

As Meagan searches pawnshops and the Internet to recover her lost heirlooms, King now not only fears for his life, but is deeply concerned that his father, Jack, or brother, Ace, may soon find themselves looking down the barrel of a gun.

All the while, King must contend with the demands of Gayla, who unabashedly wants King for her own and who has lied to him about the parentage of her child. Guilt-ridden, King must work day and night to satisfy Gayla’s demands for money and sex until the truth sets him free.

Set among the cattle ranches of America’s Southeast, What Matters Most delivers steady suspense and savory romance as Meagan and King’s worlds collide!

This is also my second book by Helen Bea Kirk. I loved her book Shepherds’ Mayday, so I’m expecting this one to be great too. *Fingers crossed* 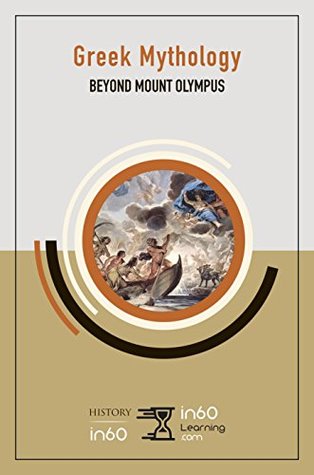 Get smarter in just 60 minutes with in60Learning. Concise and elegantly written non-fiction books and audiobooks help you learn the core subject matter in 20% of the time that it takes to read a typical book. Life is short, so explore a multitude of fascinating historical, biographical, scientific, political, and financial topics in only an hour each.

You’ve heard of Zeus, Poseidon, Aphrodite, etc. The twelve Greek gods who sat atop thrones on Mount Olympus have permeated popular imagination. But what do you know about the Greek underworld, minor gods, and mythical beasts? Do you know how these stories were passed on from generation to generation, or what significance they held for the people who believed in them? This fascinating e-book introduces readers to the canon of Greek mythology and its influence on the world today in language, storytelling, and even science.

This one was free on Amazon you can also check out other titles by this new publishing brand called in60Learning⇒⇒ here.  There is also LearningList sign-up form if you wish to subscribe and get the sample chapters, for that click ⇒⇒ here. I liked their reading in 60 minutes concept. I hope guys find something interesting on their list as well.

What are you reading this week? How was your last week? Have you read any of these books before or planning to read in future? What do you think about them?? Share your thoughts in the comment-box below.

Have a great week!